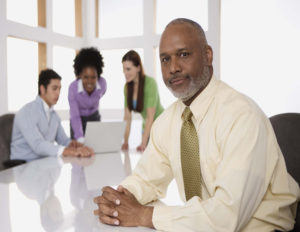 I am sure no CEO got up today and said “What can I do to let my late-career employees know that I don’t care about them?”  Of course I am equally sure that few CEOs asked themselves today, “what can I do to motivate my late-career employees?” either.  That is a shame because I hear from these people (and the people they work with) that “being ignored” is how they often feel.  Others have told me that is how they were treated, until they “got retired” (laid off).

Employee Dis-engagement is a Big Problem – It doesn’t take a management genius to learn that employee engagement is a huge issue today.  It’s no wonder that the phrase “retired-in-place” exists, and not just at giant corporations.  I hear the frustration from younger workers that they struggle to get mentoring, or their organizations pay it only lip service. I wonder how often these late-career employees ask their managers if they can mentor younger employees.  Either way, it feeds into employee disengagement, reduced productivity and high and often untimely turnover.  That can become a huge profits killer at many organizations.

A Different Approach – We were contacted by some men who were mid-level managers at a giant global company.  They found us in a web search for retirement transition workshops.  They described how they were talking with their boss and how they were thinking about retirement and finding suitable replacements at the company.  When he asked them on their plans (outside of their 401k), they sheepishly replied along the lines of “you mean golf and fishing?”.  Their boss said that he knew them too well.  That wasn’t a plan.  He challenged them to find a workshop and that he would find a way to pay for it.

What’s In It For Me (WIIFM)? – We have all heard of that mentality, so we asked the men about that, both for themselves and for their manager.  They implied that their manager had concerns that late-career employees such as them, might never talk about their plans until the last minute.  That would leave the manager scrambling to find replacements in a very tight labor market.  Even worse, if he hired outsiders, he had no idea if they would blend with the company culture.  So for the manager, paying for a retirement transition workshop created a bargain, “I’ll pay for you to create a plan to live a better life over the next five years, in exchange for you telling me a firm date that you will retire and help me find and train your replacements beforehand”.  A Win-Win solution.

Two Days in Boston and a Good Fish Dinner –  Before coming to Boston, they spent time on questionnaires and had some serious conversations with their wives.  Their wives had apparently been feeling a mix of fear and dread about their retirement plans.  Now each spouse was on the same page as the other.  After the men spent two days in our Living With Purpose Workshop, they created a robust set of plans in ten aspects of their lives. After the end of the workshop, we took the men out to a well-known fish restaurant on Boston Harbor (they worked about 1000 miles from the nearest ocean, so fresh fish was a treat).  We asked how they felt about it.  “Life changing” and “re-energizing” was the response.  I thought, pay-dirt: each side got their WIIFM answered.  As good as it gets.

If you feel that your organization might benefit from motivating your late career employees to talk openly about their future, to create an platform that proves that your organization really does mentoring, thereby creating certainty and even reducing lost productivity, please download the free Living With Purpose outline at this link.

If you would like to think seriously about your future, you can download chapter one of the book “7 Principles for Living with Authenticity” at this link, or the image below.